The standard governing electromagnetic compatibility (EMC) in medical devices, IEC 60601-1-2 4th edition has been in effect for several years. In September of 2020, the standard was updated under Amendment 1 and after a three-year transition period, it will become required by the FDA in the USA. In this blog we will take a look at why EMC is so important in medical devices and what does the latest amendment include.

Electromagnetic interference (EMI)—where electromagnetic fields coming from one electrical/electronic device interfere with the function of another electrical/electronic device in the vicinity—can be problematic in any industry, but especially so in the medical field. Medical EMI issues could range from mild nuisances, like an alarm going off unnecessarily, to potentially drastic effects like device malfunction. With such a wide range of potential issues, manufacturers need to mitigate risks with EMC evaluations established in IEC 60601-1-2 Edition 4.1.

Updates in the Latest Amendment

Some of the updates to the standard include updates to reference standards, which have changed over time. Additionally, some wording changes were made without changing the meaning of the text. For example, a wording update to IEC 61000-4-8 magnetic field testing provides clarity but does not include new requirements, levels or limits. Slight changes to test voltage have also been made, with conducted emissions being changed from "any one voltage" to "minimum and maximum rated voltage" for any power frequency, requiring more testing than previously. Another test voltage change impacts the short interruptions and voltage variations test, reducing the number of voltages required for one of the test cases.

A new section covering Radio-frequency identification (RFID) immunity in the range 9 kHz – 13.56 MHz, using IEC 61000-4-39 methods, which is new testing not included in previous versions of the standard.

Timelines for compliance will depend on adoption and transitions specified by individual regulators. The IEC version used under CB scheme went into effect in September of 2020 while the EN standard for the EU has not been published.  It is expected in September of this year. In the United States, the Food and Drug Administration (FDA) has already recognized the amendment as a consensus standard and it is already operative under the FDA ASCA Pilot Program. The requirements are similar to those in AIM 7351731, which the FDA already asks for on 510k reviews.  This amendment was officially adopted by the FDA in December and will be required as of late 2023, when the transition period ends.

Learn more about this amendment in our on-demand webinar recording. 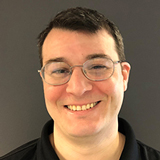 In his 20+ years with the company, Nick has been involved in testing a wide range of radio and electronic equipment to EMC requirements for regulatory domains around the world, specializing in transmitters and medical devices. He is the Technical Manager of Intertek's TCB program and is responsible for technical support of Intertek's global network of EMC labs.  He is a TCB Council Board Member and participates in many ANSI standards project, including C63.10 and C63.26 for radio testing and C63.29 for Lighting, C63.30 for Wireless Power Transfer, and C63.31 for general measurement techniques of ISM devices, which he chairs.  He is currently serving as the CISPR/A Secretariat. Nick has a bachelor's degree in physics from the Worcester Polytechnic Institute (WPI).