The Ripple of a Shortcut

The ripple in a short cut. When safety choices end in tragedy.

It started out as a typical work day - rushing the kids to get ready for school, making sure everyone had lunch and a hurried goodbye to Mike. I didn't know that it would be the last time the kids and I would see him. I keep thinking what would I have done differently if I had known that in 6 hours he would be dead?

We have previously explored how our attitudes and behaviour towards safety affect the 'normal circumstances' in our working environment and how the acceptance of unsafe acts and conditions lowers our standards and becomes our new norm. In recent weeks I have been privy to information that has reminded me of the ripple effects of letting our safety guard down and allowing a lower standard to become an acceptable unwritten rule.

Hearing the details of how one small shortcut resulted in the agonising loss of life brought me to tears of despair. In this day and age, with all we know, how is it possible that we are still making these fundamental bad choices?  Why are we not taking the time to stop and think about the ripple effect of those few seconds, which can never be undone?

I would like you to ask yourself how often you think or hear others say a variation of 'that is going to take too long, just do it this way so we can just get finished.

I would like you to be brutally honest when you answer that question - because your honesty may open a path to saving a life. It was the desire to get the job done faster, without the physical restriction of lifesaving PPE that recently left a family without a father.

Of course, on investigation, this had 'never' happened before.  Who would want to admit that they too had taken the same shortcut in the past? The fear, embarrassment and disbelief of losing a colleague stopped people from acknowledging the underlying truth - that they had not taken time to think of the consequences of our actions.

We don't have to learn from the negative impact of an injury or death, we can learn by expanding our thinking before we do a task, by taking time to review routine tasks and to question whether we have allowed lower standards to become our norm. We can learn by taking time to think of the potential ripple effects of our actions.

Sadly, it was not only Mike who was affected by the shortcut that lead to his death, the ripple that expanded will continue to touch those impacted for years to come: his supervisor who watched the incident will forever live with those nightmares; the medical team who fought desperately to save his life knowing there was in essence nothing they could do, will never forget that horror of the experience, or the fact that there was not even time to phone Mike's wife so that she could say goodbye; the family who lost a husband and father, their breadwinner; a son and a brother; the clients who would not receive product as operations were suspended, which in turn affects industry.

I could go on, because those mentioned here are just the tip of the iceberg of those affected, but I will leave you to think of who else may be impacted by a brief moment when a shortcut leads to a tragedy.

"Thinking for yourself is the thing on which everything else depends." Nancy Kline

We are responsible for our own safety, and that of those around us. It is easy to become complacent, to be frustrated with another toolbox talk or job safety analysis. However, those are all in place to encourage you to take the time to think about how you can keep yourself safe while still getting the job done efficiently and effectively.

What are you going to do to help others contemplate the possible ripple effects before taking a shortcut?

This is based on an actual tragedy that was entirely preventable, had procedures and processes been followed.

Intertek Performance Safety and Environment Solutions group assists clients to find and implement solutions to performance and safety problems. We are in the business of helping people to create change. 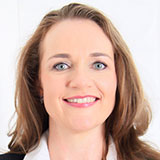