Corrosion, an Issue for the Offshore Wind Industry - Part 2

Cathodic Protection (CP), the use of mathematical models underpinned by bespoke testing

In our previous blog, we have shown how bespoke testing can be used to identify the benefits and drawbacks of cathodic protection systems for the submerged internal surfaces of offshore monopiles.

This blog focusses on the application of mathematical modelling in conjunction with relatively short-term testing to underpin the model results and allow for future scenarios to be explored with a higher degree of confidence, especially if the model is used at the borderline of its limitations.

As mentioned in our previous blog, seawater ingress into offshore monopile structures has been found to take place, in some instances this has been found to be due to cable seal failures at the bottom of the monopiles, just above the seabed. Apart from the corrosion issue inside the monopile, these seal entry points may be a stress raiser, and any corrosion at the gap between the seal and the monopile may introduce corrosion fatigue thereby reducing the calculated fatigue life.

The mathematical modelling is based on calculation of current and potential distribution within a narrow gap, applying either linear or logarithmic functions, depending on the magnitude of the applied potential. The attenuation is dependent on gap thickness, conductivity of the seawater and the current density required on the surface. The calculations allow the distance that cathodic protection can penetrate simple geometry gaps to be estimated.

Good correlation was found between the mathematical model and the electrochemical corrosion tests simulating an open and closed crevice/gap which measured both the current demand and potential (voltage) attenuation along the length of the crevice.

The corrosion test rig included a range of sensors, from reference electrodes to oxygen sensors, and a sample port for water analysis. However, the additional effect of fluid flow due to tidal movement through such a gap is less well understood and no model yet exists which can predict the potential (voltage) attenuation and current demand under flowing conditions. This is partly because calcareous deposits which usually form as part of cathodic protection processes can be removed or thinned under flowing conditions.

In order to study the effect of fluid flow on the potential attenuation along a seal gap, a test rig was designed which took into consideration the seal gap length and anticipated flow rates through the gap, as well as a range of realistic seal gap widths. Both the application of external CP (fitted as standard to every offshore monopile) and additional CP inside the monopile were considered.

The combination of mathematical modelling and specialist testing proved to be beneficial, from which it can be concluded that:

Petra Ernst is a Senior Engineer at Intertek P&IA in Manchester (UK) with 20 years of experience in corrosion testing and corrosion management. She is part of a team providing integrity assurance services, including consultancy, failure investigations and corrosion / materials testing. The team’s key service is to offer clients a fundamental understanding of the interactions between corrosive environments and materials in a wide range of operating environments. 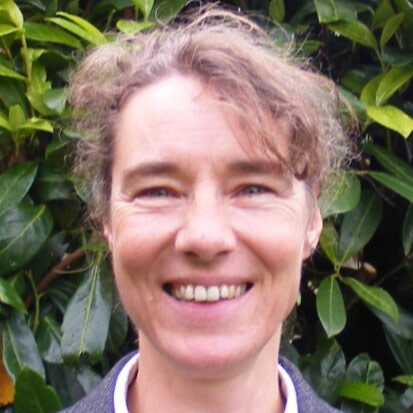