2015 was the International Year of Light and Light-based Technologies, and throughout the year, we saw changes in the industry drive new ways to certify lighting products and new standards and regulations.  Additionally, LED and OLED technology has led to rapid changes in the lighting industry in the last five years. As the lighting industry continues to evolve in 2016, new voluntary and regulatory changes will impact the marketplace as well.

This year should be an exciting year for the lighting industry. Here is a look at some of the new trends we anticipate:

Carl Bloomfield is responsible for the global excellence, development, and expansion of Intertek’s services to the lighting market. With more than 16 years of experience with Intertek, Carl has spent his engineering career focused on lighting, participating on various standards and technical committees, and is a member of both the American Lighting Association (ALA) and the Illuminating Engineering Society (IES). Carl has a Bachelor of Science degree in Electrical Engineering from University of Florida and is based out of Intertek’s Arlington Heights, Illinois facility. 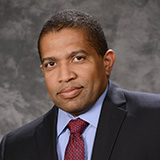