Learn more about how these changes will impact you

The European Union's (EU's) Novel Foods Regulation (EC) No 258/97 applies to foods and food ingredients that have not been used for human consumption to a significant degree within the European Community before 15 May, 1997. Under the current procedure, a draft application dossier containing information characterizing their ingredient, describing its manufacturing, proposed uses, estimates of consumer exposure, and safety to the competent authority of an EU member state. Through a series of informal discussions, the application is finalized and reviewed by the member state competent authority. Although there is technically a 90-day window in which the competent authority must render an expert opinion, there are typically several "clock-stops" in which the submitting company is asked for additional data, and review periods in excess of 6 months are commonplace.

The member state then sends an initial assessment report to the other EU member states, via the European Commission. The member states then can comment on the assessment and accept or object to it. If no objections are made to the initial report, the EU member state responsible for the initial assessment can decide whether to authorize (or reject) the novel food. However, if there are objections, the company submitting the application may be invited to discuss the concerns with the member states, or the Commission may ask the European Food Safety Authority to prepare an assessment. Once the assessment is completed, the Commission will prepare a decision which will grant, or refuse, the authorization of the food. The entire process can take from 9 months to 3 years, although typically around 2 years.

Novel food authorization is currently company-specific. Each company wishing to sell the same ingredient must submit its own application, although a simplified procedure is in place for a novel food that is considered substantially equivalent to a food that is already on the market. Through this procedure, an applicant can submit obtain an opinion from an EU member state on the equivalence of its ingredient and then submit a notification to the European Commission. As a result, this process is considered by many regulators to be outdated and cumbersome.

In 2008, the European Parliament attempted to revise the novel food regulations. However, these attempts failed over disagreement as to how to regulate foods derived from cloned animals and their offspring and over the definition of nanotechnology.  A new proposal was published in 2013 and is hoped to be passed in the coming weeks (although there is still considerable opposition in the Parliament). Key features of this proposal include:

As with other regulations, the revised Novel Foods proposal will be phased in over a 2-year period, so while reforms will not be immediate, there is hope for a more streamlined, efficient approval process that will foster innovation while maintaining adequate protection for consumers.  However, some challenges remain, including:

As you begin to prepare for these new regulations, do you have questions on the current novel foods process or how the new regulations may affect your product?  Intertek has qualified experts with experience in the preparation and submission of novel food and substantial equivalence applications and can provide the necessary stewardship to see these applications through to approval. For more information, please visit our website https://www.intertek.com/food/consulting/

Today's expert blogger is Nigel Baldwin, an accomplished Scientific & Regulatory Consultant within Intertek Scientific & Regulatory Consultancy. He is a recognized expert in the area of novel foods and food supplements in Europe with extensive practical insight into the areas of food and feed additives, food enzymes, infant formula, functional foods and health claims. As Director of the Food & Nutrition Team in Europe, he has been providing invaluable expertise to international companies seeking to develop and implement strategies for gaining approvals for new products and health claims. Nigel has worked on more than 30 successful regulatory approvals world-wide. 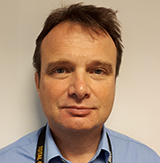