In late 2016, EFSA has finalised their guidance on assessing exposure for food enzyme applications. EFSA appears to have considered much of the feedback received as part of the public consultation and has identified a series of clear steps to move forward.

The first point of note is that the "budget method" (a simplistic method based on physiological limits of food and beverage consumption that can be consumed each day) is no longer included as a recommended approach for assessing exposure to enzymes; instead, exposure should be determined using food consumption data from the EFSA Comprehensive Food Consumption Database. This is a move to a more reliable estimate of intake based on actual food consumption, however, it does remove the simple screening stage that the budget method allows, and requires an understanding of the intricacies of the EFSA Comprehensive database and proficiency for exposure calculations based on the information within – particularly in terms of preparing the requested uncertainty analysis.

The use of the EFSA Comprehensive database further requires the enzyme concentration (or use level) data to be expressed on the basis of the food as consumed. This presents a challenge for enzyme manufacturers, who seldom deal with final food products. EFSA plans to overcome this difficulty by establishing standard conversion factors of the raw material to the final food. This information will be obtained from industry via a series of Calls for Data (first Call for Data here) – a total of 18 Calls for Data are anticipated.

EFSA intends to develop a tool (like the FAIM tool (xls) for food additives) to be used for future applications. Consistent with the FAIM which was also developed by EFSA, this tool is expected result in large overestimations of intake, but will help to provide a simplistic mechanism for a first stage/tier assessment to the enzyme by applicants.

While the draft version of the guidance indicated that a margin of exposure (i.e., difference between intake level and the safety level determined from toxicological tests) of 300 was required for applications, this most recent guidance does not identify a single value – indicating that the available data will be considered on a case-by-case basis.

Overall, there is a lot of work to be done as part of the review process, but EFSA appears to be taking note of industry feedback, and taking a sensible approach on many aspects. Put simply, they will assess applications on a case-by-case basis on a reasoned scientific approach taking all factors into consideration - which is an important consideration given the diverse nature of food enzymes currently used by industry.

Today's expert blogger is Danika Martyn, Ph.D., Scientific & Regulatory Consultant within Intertek's Food & Nutrition Group. Based in the UK, Dr. Martyn is an expert in dietary exposure assessments, and her experience is in modeling dietary intake data in estimating human exposure to food chemicals and ingredients. She also works within the Food and Nutrition Group to critically review and interpret analytical and scientific data as part of safety assessments for novel food ingredients, feed ingredients and food enzymes. 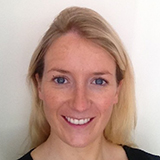