On November 22, 2013, the U.S. Environmental Protection Agency (EPA) issued notice stating their intentions of eliminating the ENERGY STAR® specifications for Battery Charging Systems. So, what does this mean for you as a manufacturer?

On November 22, 2013, the U.S. Environmental Protection Agency (EPA) issued notice stating their intentions of eliminating the ENERGY STAR® specifications for Battery Charging Systems. This notice would be effective on June 3, 2014.

So, what does this mean for you as a manufacturer? Not much, in the short run. The EPA will allow the continued use of all logos and recognition on the ENERGY STAR® Web site right up to that date. The biggest short-term change would begin on January 6, 2014 when the EPA will no longer accept any new Partnership Agreements and certified product information for the BCS program. Manufacturers will no longer be able to produce any new promotional materials using the ENERGY STAR® mark after that date (print and electronic are specified), but you can use up existing inventory to eliminate waste. As advertising, Web sites, literature, instruction sheets and other related materials are produced they need to have the ENERGY STAR® logo removed to be in compliance by June 3, 2014.

Why is this happening and what comes next?

The program has been very successful. Since introduced nearly seven years ago (January, 2006), 29 manufacturers have partnered with the EPA to deliver more than 500 efficient battery charging systems to the marketplace. This has resulted in saving enough energy to power more than 28,000 homes annually!

However, as the EPA looked to expand the program, the California Energy Commission (CEC) established a new, aggressive requirement for charging across all relevant small battery product categories.

Respectively, the new CEC new standard will result in even greater energy savings and will serve as the backstop for this product line. To have an ENERGY STAR® standard that is less stringent could be misleading to customers.

The EPA is asking for feedback to these changes. Manufacturers have the opportunity to provide feedback by December 13, 2013 by sending an email to batterychargers@energystar.gov. To read the official announcement from the EPA, click here.

What questions do you have? Please leave a comment below and one of our experts will get back to you.

Today's expert is Rich Byczek, Global Technical Lead for EV and Energy Storage at Intertek. Rich is based in the Greater Detroit Area. 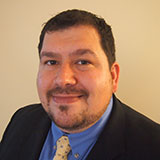