To Bee or not to Be

The Potential Threat of Neonicotinoid Pesticides on Bee Colonies

The topic of bees is a hot one, with bee numbers declining sharply in North America and Europe.  This decline can have serious repercussions on global agriculture as well as growth of indigenous plant species.

This decline, identified as "Colony Collapse Disorder", has been attributed to a number of potential triggers, including reduced access to forage, loss of habitat, increased diseases and parasites among bees, genetics, and more recently, pesticide use, specifically neonicotinoid-based pesticides.

The European Food Safety Commission (EFSA) reported in 2013 that the use of these pesticides poses an unacceptable risk to wild pollinators. In reaction to this declaration, the European Commission (EC) has moved to place a temporary ban on the use of the neonicotinoid pesticides imidacloprid, thiamethoxam and clothianidin on seed treatments for all flowering crops in the EU from December 31, 2013 to December 31, 2015.

This temporary ban will allow the EC to determine if neonicotinoid-based pesticides are impacting bee colony numbers, and to develop a plan for future regulatory changes if necessary.

The U.S. EPA also has initiated changes to neonicotinoid product labelling, to include a bee advisory box containing information cautioning applicators on the risks of spray drift and providing exposure-related precautions. Further to the labelling changes required, the U.S. EPA has accelerated the registration review of 6 neonicotinoid pesticides, the readout of which will determine the future of these pesticides in the USA.

In Canada, the Pest Management Regulatory Agency (PMRA) has reacted to global reports of declining bee numbers and the series of adverse events reported from beekeepers in Ontario and Quebec, by initiating labelling changes to alert applicators of neonicotinoid pesticides of the toxicity of these pesticides to pollinators.  Specifically, marketplace labelling for seed that has been treated with neonicotinoids, as well as the marketplace labelling for the neonicotinoid products for the treatment of seed will bear statements advising of their potential toxicity to pollinators.

Regulators around the globe are concerned with loss of wild pollinators and are moving to determine steps to limit Colony Collapse Disorder and the loss of bees.  Stay tuned for further updates on the progress of their initiatives.

Our experts are available to comment on your question(s). Feel free to leave a question below and one of our pesticide experts will get back to you.

Today’s expert blogger is Jessica Walsh. Jessica is a Scientific and Regulatory Consultant whose focus includes the critical evaluation and interpretation of scientific literature on toxicology, carcinogenicity, epidemiology, genotoxicity and metabolism. Jessica specializes in the registration of pesticides, fertilizers, other agricultural chemicals, and chemicals of domestic and commercial relevance in Canada and the U.S. These reports have required critical evaluation and interpretation of scientific literature on chemistry and biochemistry, toxicology, carcinogenicity, epidemiology, and genotoxicity, as well as a strong understanding of the regulatory frameworks that exist for commercial products in North America. 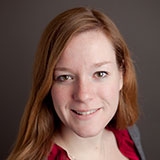