Are Your Substances Registered?

Substances on the R-ICL that are used solely for an application regulated under the Food and Drugs Act (F&DA), are exempt from notification under the Canadian Environmental Protection Act, 1999 (CEPA)'s New Substance Notification (NSN) Regime and may continue to be in the Canadian marketplace. The R-ICL contains substances found in pharmaceuticals, veterinary drugs, biologics and genetic therapies, cosmetics, medical devices and food additives.

What has changed recently?

A very important change is being implemented.  Health Canada has decided to clean up the R-ICL and close the nomination process. This means that substances removed from the List or substances which are being imported or manufactured in Canada, currently not on the list, will no longer be eligible for addition to the R-ICL inventory after November 3, 2019.

Substances removed from the R-ICL

In January 2017, Health Canada published a survey under Section 71 of CEPA for 680 substances. The response to this survey was so low that Health Canada removed many of the targeted substances and have categorized them as "no longer in Canadian commerce". These substances may not be re-inserted or re-nominated to the R-ICL list.

Substances that were imported or manufactured in Canada between January 1, 1987 and September 13, 2001 may still be nominated to be included on the list until November 3, 2019. However, after that date, nominations will no longer be accepted for inclusion and thereby be subject to notification; i.e  substances not listed on the R-ICL will fall under CEPA's NSN Regime.

When is this happening?

The Final notice of intent was published in the Canada Gazette Part I on November 3, 2018. The closing of the nomination process to the R-ICL, as stated above, will then be November 3, 2019. You need to know that any substance removed from the R-ICL may not be re-nominated to the list. Eligible substances, those imported or manufactured between 1987 and 2001 that have not been nominated yet for whatever reason, cannot be nominated after November 3, 2019.

What should you do next?

At this time, you should really look at the substances your company imports or manufactures that you wish to market in Canada to assess if there are any that need to be nominated before the window to do so closes. These substances are:

If there are any substances to nominate, it is important that they are nominated before November 3rd, including those below the NSN trigger quantities, since these substances will be considered to be "new" substances and will be subject to notification under the New Substances Regime of CEPA after that date.

Do you have questions about this topic, the changes being implemented to the R-ICL, Nominating substances to the R-ICL, the New Substances Notification Regime, the Chemicals Management Plan (CMP) or a related topic? Contact our experts at Intertek, we're here to help!

Today's expert blogger is Dan Bastien. Dan is the Associate Director of the Intertek Chemicals Group and is well known for his ability to effectively characterize and communicate the impacts of the regulatory environment on the chemical Industry. Dan is a subject matter expert in Canada with specific experience in the Chemical Management Plan (CMP), which includes Canada's New Substances Notification Program and the Assessment of Existing Substances. He has presented on these topics at numerous conferences around the world, held training sessions for the chemical industry, and co-authored guidance documents and other types of publications in Canada. Prior to joining Intertek, Dan managed, for over 20 years, the Client Services Unit of the New Substances and the evaluation of Existing Substance programs under the CMP. This makes Mr. Bastien uniquely qualified to provide practical, best-in-class service to help meet and understand Global Chemicals Management requirements. 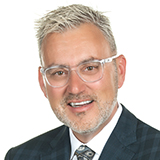