Ten Things You Should Know

As of April of this year, a new ATEX Directive, 2014/34/EU, is in effect, replacing 94/9/EC. This comes as part of the European Commission's recent overhaul of eight new approach directives under the New Legislative Framework, which sought to: improve market surveillance and powers for withdrawal; boost quality with clearer rules for the accreditation of notified bodies (NBs); clarify the meaning of CE marking, while enhancing its credibility; and provide a common legal framework for product-related legislation.

Now that the new Directive has replaced the old, what does it mean for companies working to comply with ATEX? Here are 10 things you should know about the new directive:

Given the changes and implications for violating them, it's very important for manufacturers to understand the recast ATEX Directive and to find trusted sources to work with them as a notified body, authorized representative and for importing and distribution. To learn more about these changes, download a free copy of our white paper on the subject.

Kevin Wolf has been involved in hazardous location certifications since 1995. A notified body signature for ATEX and Certified Body signature for IECEx, he is also a reviewer in most protection methods and a member of USNC Management committee for IECEx. 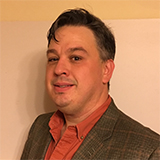