It’s a good time to be in Africa.

Africa is viewed in various ways by the rest of the world but almost without exception it is in a negative light;  from the 'horror' of Joseph Conrad's Heart of Darkness to the modern day corrupt leadership and famine ridden, war ravaged states we see regularly on CNN.

Whilst all of those views are sadly valid, there is a new Africa arising with visionary leaders determined to uplift their people through better education and real democracy.

Slowly but surely we are seeing pockets of sustainable development with real growth in not only mining but also in manufacturing and agriculture. Infrastructure development is taking centre stage as the growing middle class is now expecting basic services such as water and power, reasonable transport and healthcare, all of which are taken for granted in the western world but have long been unreachable for the masses in Africa.

These positive changes present real opportunities to Intertek. Traditionally our business has focussed on Crude Oil, Petroleum and Petro Chemical inspections and whilst this continues to represent a significant part of our business, Intertek is rapidly expanding into other industries.

Agriculture is moving away from the traditional subsistence farming, to modern high yield agriculture and our Agri laboratory in Johannesburg is providing services to farmers throughout Sub-Saharan Africa.  The FAO has identified that 80% of the earth's unutilised arable land is situated in the region and we intend to be part of that anticipated growth.

Infrastructural developments include an industrialised zone in North East Kenya which will link into Uganda, South Sudan and Ethiopia, green fields refineries in Angola and Nigeria and numerous power related new builds in the region, both traditional coal fired and environmentally friendly.  Exploration continues unabated in both East and West Africa with perhaps the most significant being LNG discoveries off Mozambique and Tanzania and crude oil in Ghana, Angola and Kenya.

Legislation is driving a nascent environmental industry with our existing customers across all business lines asking us for assistance in order to become compliant in this field.

It is a good time to be in Africa!

Learn more about Intertek services in several of the Sub-Saharan Africa countries where Intertek conducts business:

Mike is a South African and has been involved in various roles in his 36 years at Intertek starting as a junior inspector on petroleum, crude oil and petrochemical cargos. He was instrumental in establishing Intertek offices throughout Sub-Saharan Africa. 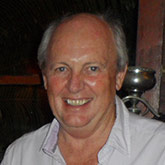