On July 28, 2014, the CPSC Chronic Hazard Advisory Panel released its highly anticipated report on the use of phthalates in toys and children’s products.

Overview: A Chronic Hazard Advisory Panel (CHAP) established in 2008 by the Consumer Product Safety Improvement Act (CPSIA) and overseen by the U.S. Consumer Product Safety Commission (CPSC) recently released its long-anticipated "Report on Phthalates and Phthalate Alternatives." (Phthalates are generally used to make plastics more pliable and also have other consumer and industrial applications.) This Report is expected to have consequences not only with regard to the CPSC regulation of toys and child care articles (products like teething rings and other infant/toddler products intended to help facilitate eating, sleeping, teething, etc.), but it may also impact regulatory action by other federal agencies and the states, which have been moving to limit and/or require reporting of a growing list of chemicals in children's and other products.

Report: The CHAP report recommends that the CPSC:

Next Steps: The CPSC is required to issue a proposed regulation either adopting or rejecting the CHAP's recommendations within six months, although the agency could take longer. It is generally anticipated that the current commission is likely to adopt at least some of the CHAP's recommendations, which could translate into new requirements for toys and child care articles sold in the U.S. within one to two years. The regulatory process is expected to be strongly debated between consumer advocacy and industry groups. One of the key issues is expected to be whether the CPSC in fact has the authority to ban phthalates that the CHAP Report admits may only have a "cumulative" contribution to negative human health effects like hormone production, since the agency generally must make hazard findings about specific substances or products in order to declare them "banned hazardous substances."

Long-Term Impact: In addition to the continued ban of the widely used DINP and the ban of four additional phthalates in toys and child care articles, the Report may also have longer-term consequences for a host of other products, including possible bans and/or reporting requirements for additional phthalates and alternatives highlighted in the report in some states and for all children's products; the prospect for additional Prop 65 product warning and/or "Green Chemistry" product listing in California; and potential action by the FDA and/or states to ban phthalates in other products and applications, including food storage containers and wraps, cosmetics, drugs and medical devices.

A copy of the full CHAP Report and related documents may be found at: http://www.cpsc.gov/en/Regulations-Laws--Standards/Statutes/The-Consumer-Product-Safety-Improvement-Act/Phthalates/Chronic-Hazard-Advisory-Panel-CHAP-on-Phthalates/

Intertek will continue to closely monitor this and related developments and, as always, is available to assist you in fully evaluating your products for all US and international regulatory compliance.

Do you have a question for Pratik Ichhaporia regarding this or a related topic? If so, please leave your comment or inquiry below.

Today’s expert blogger Dr. Pratik Ichhaporia is Director of Technical Services at Intertek and a frequent speaker and author on quality, safety and environmental issues affecting the consumer products industry. He holds a Ph.D. in Fiber and Polymer Science from North Carolina State University and a Master’s of Science degree in Fiber and Polymer Science from Clemson University. 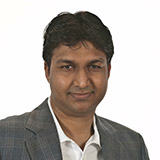