Skimping on Testing? It’ll Cost You

Developers in virtually every industry are under constant pressure to meet time to market deadlines and budget goals. Software developers in particular are pushed by clients, senior management, product development, marketing and users themselves to quickly release the latest apps. Often, the weight of that pressure requires scaling back features or functionality, cutting processes or changing vendors or suppliers.

One process that tends to be compromised when time and money gets tight is testing. It can seem to be a less critical aspect of product design and there is a temptation to place full trust in the development process to output a high quality product that is designed to spec, is devoid of bugs and offers a robust user experience. But that’s an extremely tall order for a development team alone to fill. And given the myriad of ways in which software can be used and accessed, it’s a nearly impossible task.

It may be tempting to scale back on testing when timelines or budgets are squeezed, and often, companies whose sole function is not software development give in to that temptation. However, if you think you’re saving time or money by skimping on testing, think again.

When it comes to software, testing early and testing often is one of the most cost-effective and efficient way to develop a quality product. That may sound counterintuitive, considering that testing costs money and takes time. However, when you compare the differences in cost and time between testing early in the development process vs. correcting mistakes after release, there is no denying that an ounce of prevention is worth a pound of cure.

Consider the cost of a software bug that’s found after release. These are typically found by users who have had an unpleasant experience with your app and have either complained to you or to the world via social media or a bad review. That takes a toll on your brand and your reputation, and can also cost a business plenty in the form of lost sales, lost customers, returns or refunds. Releasing bug fixes can also cause significant logistics issues both with the release channel and user uptake.

What’s more, your development team now has to find the bug, which can take some time depending on what it is, and fix it. During that process, the team could easily break something else in the code that needs to be fixed as well. That’s time and money spent correcting old software that isn’t being spent on developing new software or new features, and now you’re lagging behind the competition.

Getting the picture? When it comes to software, test early, test often, and test thoroughly. Even if your company has an internal QA team, a third party test lab can certainly help you streamline the testing process, tighten up test plans or even take on some of the testing when the team is overtaxed and up against a deadline. If you outsource your software development, it pays to ask the developers how they handle testing, when they test and what types of tests they’re running. You want the majority of your money being spent on development, not on bug fixes and re-releases. 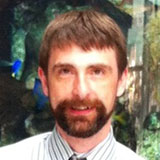