A Closer Look at EVs and FCVs: Competing or Complimentary Technologies?

What are the competing or complementary technologies of EVs and FCVs?

It is apparent that with current technology, electric vehicles (EVs) and fuel cell vehicles (FCVs) are both imperfect replacements for conventional internal combustion engine (ICE) vehicles in some ways, and expecting either to become the dominant transportation propulsion technology is far from a sure bet.

EVs have range and recharge limitations, and while FCVs boast an efficiency that is higher than ICE vehicles, they suffer responsive performance issues and do not offer a large enough gain to overcome the higher purchase price and lack of hydrogen refueling infrastructure.

What is needed is a vehicle that blends the advantages of EVs and FCVs. Luckily, such a vehicle design is possible. A hybridized design that uses a battery as well as a fuel cell can overcome many of the disadvantages of both EVs and FCVs and compete with the ICE vehicle on performance terms. Even better, the hybrid vehicle can be designed as plug-ins that can drive on pure electricity for a portion of the range to tap into that high EV efficiency.

The FCVs that come to market will likely be fuel cell hybrid electric vehicles, or FCHEVs. An on-board battery to support the PEMFC provides the quick response required - and desired - by drivers. An FCV without a battery also cannot recover regenerative braking energy (it would be theoretically possible but completely impractical to run the PEMFC in reverse and produce hydrogen gas to be stored in the on-board tank). In fact, it is unlikely that FCVs will be built without energy storage because of the attractiveness of leveraging the electric motor and the ability to capture regenerative braking energy for higher efficiency.

So having a battery paired with a PEMFC in an FCHEV makes the vehicle more responsive and more efficient. In this way, fuel cells and batteries become complementary - and not competing - technologies.

Fuel Cell Hybrids for the Masses
The commercialization of FCHEVs is certainly not following the path that fuel cell advocates have been predicting. There are several reasons for this delay:

The technological performance issues are currently being addressed by the industry as well as by a renewed interest in fuel cells and hydrogen research by the US Department of Energy. Governments at various levels are also working on the infrastructure issues. Refueling station projects are being funded in clusters to promote FCHEV adoption in certain metropolitan areas (especially in California) in advance of FCHEV deployment. Furthermore, there is support for cutting-edge research into hydrogen production via algae and other biological pathways.

Interest in fuel cells never waned in Asia and Europe in the same was as in North America, shown by growing infrastructure in both areas. There were 17 public stations in Japan at the end of 2012, with plans to hit the 100-station mark by 2015. There are currently 15 public stations in Germany, with plans for 400 by 2023.

A lot of work is being done to remove the roadblocks and the industry as a whole has made considerable progress since the last failed attempt at commercialization occurred circa 2008. The automotive companies, for their part, have been forming partnerships to pool resources and reduce R&D costs. Some of these partnerships include agreements between GM and Honda, Ford-Renault-Nissan-Daimler, and Toyota-BMW.

Several companies, including Hyundai, Toyota, Nissan, and Kia have said that 2015 is the year for FCHEV commercialization, with projected vehicle sticker prices of around $50,000. Hyundai has already leased its first Tucson Fuel Cell vehicle out of an expected production run of 1,000 cars. Toyota is rumored to be beginning sales or leases by the end of 2014. Other automakers such as Daimler, BMW, Ford, and GM aim to introduce FCHEVs in the marketplace later in the decade.

A Place for FCHEVs and EVs
FCHEVs and EVs can and should co-exist, with each fulfilling its particular niche. EVs are ideal commuter cars and for use in many commercial applications with repeatable routes, while FCHEVs are suitable for drivers that frequently need to drive longer distances. FCHEVs are also good candidates for larger vehicles like long-haul trucks and buses. AC Transit in the Bay Area has been using fuel cell-powered buses for 13 years, traveling over 750,000 miles. BC Transit in British Columbia purchased the world’s largest fleet of fuel cell-powered buses (20) in 2009 for use at Whistler in time for the 2010 Winter Olympics.

Unlike conventional, hybrid, and even plug-in hybrid electric vehicles currently on the market, both EVs and FCHEVs have zero emissions “at the tailpipe.” This makes reducing and eventually eliminating both greenhouse gas and air pollutants from the transportation system easier because it’s more cost-effective to “green” centralized power plants and hydrogen production facilities than individual fossil fuel-burning cars.

While EVs are currently ascendant and FCHEVs have disappointed in the past, many believe that FCHEVs are a technology whose time will come. Will that time be 2015, beginning with the introduction of the 2015 Hyundai Fuel Cell? It is still unclear. In the meantime, it is important to continually increase R&D funding and focus on making any advanced technology vehicle introduced have the performance and efficiency needed to get the public excited, as well as invest in the refueling infrastructure to meet the consumer’s driving needs.

What questions do you have regarding this topic? Please leave your comment(s) below and one of our experts will get back to you. 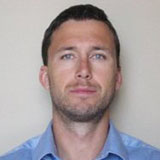