Proper planning, execution, and interpretation of toxicology studies are critical in obtaining reliable and useable results.

In September of 2012, the scientific journal Food and Chemical Toxicology, published a now famous scientific study conducted by Dr. Gilles-Eric Seralini and others that was purported to prove that Monsanto's Round Up-resistant NK103 (genetically modified) corn and the herbicide "Round Up" were toxic. This group of scientists reported that the corn and herbicide increased mortality and were tumorigenic in rats over their 2-year lifespan at doses that humans could be exposed to through consumption of the corn or intake of herbicide residues.

However, the study was found to have methodological issues including 1) a low number of animals per group; 2) issues with the strain of rat used; and 3) poor data presentation. All of these specific issues were reviewed by the scientific community and authoritative international agencies (Health Canada and Canadian Food Inspection Agency1; European Food Safety Authority and 6 member states2; Food Standards Australia New Zealand3; German Federal Institute for Risk Assessment4). These agencies concluded that, based on the methodological and data reporting issues found in the publication, the reported evidence was insufficient to warrant a re-evaluation of the safety of either the herbicide-resistant corn or the herbicide. Thus, the conclusions of the study were rejected.

At the end of November 2013, the Food and Chemical Toxicology journal decided to retract the study from publication. The reasons for the retraction were that following an in-depth review of the raw scientific data related to the study, the editorial board concluded that the raw data did not support the conclusions of the authors and (therefore) did not reach publication merit. However, the editors also noted that the publication of the results was not fraudulent or incorrect or intentionally misrepresented, only inconclusive.

While continued discussions regarding the publication of this paper may continue, the biggest issue is the discussion of the quality of science that is used to support the safety of any substance under evaluation – be it chemicals, GMOs, or cosmetics. The scientific method may not be perfect in execution, but it does rely on transparency, reproducibility, and peer-review. Testing guidelines (e.g., the OECD guideline methods) provide methodologies that have been peer-reviewed, are based on scientific principles, and are accepted as reliable by the scientific community and global regulatory agencies. This community is charged with evaluating the safety of substances to which humans may be exposed. It cannot be overlooked that some people are still concerned with the safety of GMOs and that there also may be questions regarding the studies submitted to government agencies to support the safety of GMOs, as reported by Dr. Seralini and others; however, such issues cannot be combated with "bad" science, and as such it appears that a great deal of resources have gone into a study that has become ineffectual. This issue, though, has highlighted the importance of rigorous scientific methodology to a wider global audience to increase the discourse and the understanding of the public on this topic.

From this controversy, there is a lesson to be learned: Proper planning, execution, and interpretation of toxicology studies are critical in obtaining reliable and useable results.

What questions do you have for our scientific experts as it relates to methodology evaluation? Please leave your question and/or comment below, and a member of our team will get back to you. 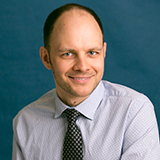