Chemical contamination within marine fuels can place fuel purchasers and suppliers into potential conflict. Standards, a uniform approach, and third-party laboratories can help.

A contaminant is defined as , "A substance that is present in an environment where it does not belong".

Chemical contamination within marine fuels is not a new issue; however, it is one that constantly divides opinion and regularly places fuel purchasers and suppliers into a situation of potential conflict.

From an outsider's point of view, the obvious questions to consider include: 1) Why is this the case?; and 2) Is the presence of chemical contamination in marine fuels not regulated?

As far as regulation is concerned, the ISO 8217 Marine Fuel Specification clearly states:

"Fuels shall be a homogeneous blend of hydrocarbons derived from petroleum refining. The fuel shall not contain any additive at the concentration used in the fuel, or any added substance or chemical waste that:

The requirements appear clear enough; however, no additional guidance is provided regarding methods of detection, specific compounds which are viewed as being contaminants or overall definitive acceptable levels. As a result, this is where some of the discussions and differences begin between purchasers and suppliers. .

Certain compounds, which are not found to be naturally occurring in marine fuels, are seen regularly at low levels and pose no threat to the vessel or crew when the fuel is used. However, as the levels rise and the compounds become more concentrated within the parcel of fuel, the risk of the vessel experiencing operational issues increases.

Changes in legislative requirements as far as sulphur content is concerned also play a significant role in possible cases of chemical contamination. The increased use of a wider variety of blend components / cutter stocks increases the likelihood of contamination of fuels with a greater range of "exotic" chemicals.

As this is the case, it is fair to suggest that now is the time for action and a uniform approach to contamination in marine fuels needs to be adopted.

In an attempt to provide a greater level of protection to ship owners / operators, companies should be working with third-party laboratories with regards to chemical screening services. Specifically, companies like Intertek-Lintec Shipcare (providing this service since 2003) screen fuels for a range of chemicals frequently seen in marine fuels and works to meet the ISO 8217 standard.

Do you have a question about chemicals in marine fuels or other related regulations? Please feel free to leave a comment below and one of our experts will get back to you.

Today’s expert blogger is Michael Green, Technical Manager for Intertek-Lintec Shipcare services worldwide. Michael is based in the United Kingdom. 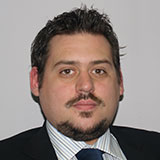