From Waste to Biofuel: A prosperous business opportunity due to double counting

Compared to biofuels produced out of agricultural commodities, biofuels based on waste resources are much more environmental friendly. This fact was recognized within the EU Renewable Energy Directive 2009/28/EC (RED).

Compared to biofuels produced out of agricultural commodities, biofuels based on waste resources are much more environmentally friendly. This fact was recognized within the EU Renewable Energy Directive 2009/28/EC (RED). In order to support biofuels produced from waste mineral, oil companies have to blend only half of the biofuel into fossil fuel to reach their blending obligations if the respective biofuel was produced from waste (RED, Art.21). Beside this, the RED encourages EU Member states to create support schemes which give additional benefits to renewable energy applications such as wastes, residues, non-food cellulosic material and cellulosic material (RED, Art.22). Therefore, with respect to these frameworks one could think that the "waste to biofuels" would be a promising business. This is the case – certainly for biodiesel production from Used Cooking Oil (UCO) or animal oil which does not fall under the EU classification of animal by-products category. However, this development was mainly possible, as the RED states very comfortable GHG emission factors for biodiesel produced out of waste vegetable or animal oil. As result, it seems that global waste trading channels increasingly respond to the EU biofuel market demand for waste biofuels.

However if companies want to use other waste resources to produce biofuels eligible for double counting, these companies are quickly lost in the non-harmonized regulatory framework of EU Member States about biofuels from waste. The reason for this is that a general approval process for potential wastes is not stated yet in the RED for the entire EU. As a result, companies have to deal with different authorities in each Member State, as the EU Commission refuses to take any responsibility with respect to this. The sole country having a formalized approval process is the Netherlands within their NTA 8080 scheme. Furthermore, some Member States do not really foster but nearly hamper the market development of waste based biofuels due to their national set frameworks. Some examples for this are Italy and France. In Italy, only biofuels based on waste with EU origin are eligible for double counting. France is protecting national biofuel feedstock production via setting a maximum blending share of waste biofuels within the national biofuel blending targets. The opposite can be observed in the UK where the majority of biofuels are produced from waste resources like UCO.

As for ordinary biofuel chains, biofuels produced from waste need to show compliance with sustainability criteria via third-party certification according any approved certification schemes like ISCC. Currently, the need for certification starts with the company collecting e.g. UCO from restaurants. However, national authorities are more and more concerned about the potential cheating of companies with respect to declaring products as UCO, which may not be eligible to be declared as such. Hence, there are ongoing discussions within the administration of different EU Member States if UCO shall continue to be eligible for double counting or if certification of UCO collectors shall include the inspection of a sample with respect of their UCO suppliers. If supplier inspections will become obligatory, the respective cost of certification would become an increasing burden for such companies, which could lead to the fact that a major share of current waste based biofuels chains will not be able to continue their current business. Another discussion is the potential proof that a product is in fact UCO via testing. However, clear specifications and testing methods are currently under development but need approval still.

Do you have a question about the RED or would like to know more about the standards and regulations for biofuels? If so, please leave a comment below.

Today's expert blogger is Martin Grass, Program Manager for Sustainability Certification, Intertek. Martin is based in the Intertek Certification Body at Stuttgart and is leading the sustainable biofuel certification services business on a global scale for the company. 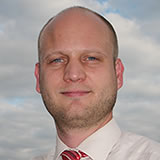