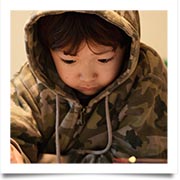 EN 14682 covers all children’s clothing including disguise costumes and ski apparel up to the age of 14 years of age. The standard does not apply to child use and child care articles, footwear, hats, gloves and scarves, to name but a few.

The British Standards Institute will publish this standard on 31st December 2014. Publication date in other countries varies.