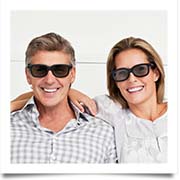 Further to Insight Vol. 736, sunglasses tested to the old European standard EN 1836 may now continue to be sold throughout the EU, Norway, Iceland and Liechtenstein, if they have been placed on the market on or before 28 February 2015.  Sunglasses that already comply with the new European sunglasses standard EN ISO 12312-1 can still be sold without further changes.  After 1 March 2015, all sunglasses placed on these markets will have to comply with EN ISO 12312-1.  For these purposes, “placed on the market” generally means the date on which imported sunglasses clear EU Customs, and applies to each individual pair of sunglasses, not to the model/type.

This change has been made by the EU Commission, which has extended the transition period for the full implementation of the new European sunglasses standard EN ISO 12312-1 by one year.  As a result, until 28 February 2015, compliance with either EN 1836:2005+A1:2007 or EN ISO 12312-1:2013 will offer a presumption of conformity to the basic health and safety requirements of the Personal Protective Equipment (PPE) Directive 89/686/EEC.

The Commission published its decision as a corrigendum to the recent list of standards harmonised under the PPE Directive in the EU’s Official Journal, following a brief Commission consultation in response to several requests from PPE stakeholders.  This action eases the pressures of testing and labelling to the new EN ISO 12312-1 that were originally being implemented in less than 6 months in order to meet impending shipping deadlines for the Spring/Summer 2014 season.