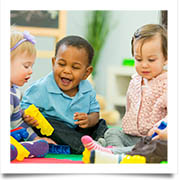 A revised version of the European toy standard, EN 71-1:2014, has recently been published.

The main purpose of this revision is to align the standard with new European Committee for Standardization (CEN) rules that govern the way in which standards are written. For example, one of the changes is that “notes” must not contain any recommendations or requirements or words like “should” or “may”; for this reason some of the previous notes have had to be edited. For example the notes to 8.22.3.1 have been rephrased to use the words “It is appropriate to…” rather than “…should be.” Alternatively, the content of some notes has been moved to the informative Annex A. An example of this is where the note under 4.25 has been moved to the end of A.55.

Other changes include the updating of the foreword to include EN 71-12, 13 and 14 in the list of EN 71 standards and the alignment of the wording in the note to 5.2b) with the wording in 5.1 (“…fabric (including felt and elastic fabric)…”).

As these are editorial changes the compliance of a product would not be affected when compared with the previous version of EN 71-1. However, one technical change has been made and that is to 5.4 e). The requirement now reads “The force of self-retraction mechanisms for cords in toys shall not retract the cord more than 6 mm under any of the testing-conditions specified in 8.39 (self-retracting cords).” Previously there was no distance specified.

It is advisable to review any existing product to determine whether compliance may be affected by this revision. In the majority of cases it will not have been affected, and in such cases inclusion of this review in the technical documentation required by article 4(2) and 21 of the Toy Directive 2009/48/EC may help avoid the need for retesting.