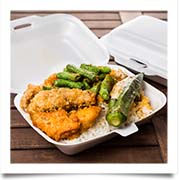 On April 22, 2016, the California EPA Office of Environmental Health Hazard Assessment (OEHHA) added styrene to the Proposition 65 list of chemicals known to the state to cause cancer under the Safe Drinking Water and Toxic Enforcement Act of 1986, also known as Proposition 65.

The four listing mechanisms for adding chemicals to the Proposition 65 list are: through a review and assessment by the “State Qualified Experts,” listing by an “Authoritative Body,” requirement by an agency of the state or federal government that a chemical be labeled or identified as causing cancer or reproductive toxicity, and the chemicals identified by the California Labor Code as causing cancer, birth defects, or other reproductive harm.

Styrene has been listed via the authoritative bodies’ listing mechanism based on the National Toxicology Program’s findings published in the 12th edition of the Report on Carcinogens. The report, published in June 2011, concluded styrene to be “reasonably anticipated to be a human carcinogen” based on carcinogenicity studies in humans, experimental animals and data collected.

Styrene is an aromatic hydrocarbon used in the manufacture of various polymers and resins, which in turn find end uses in packaging, household products, food containers, etc. In response to the comments received to the listing proposal, the OEHHA has clarified that styrene is not the same as polystyrene and the notification is for styrene, not polystyrene. Although unreacted or free styrene may be present in some polystyrene products, only levels of styrene that would pose a significant cancer risk require warnings.

In a separate notice published on April 22, 2016, the OEHHA proposes adopting a No Significant Risk Level (NSRL) of 27 micrograms per day for styrene exposure. The OEHHA is accepting comments concerning this proposed exposure level until June 6, 2016.