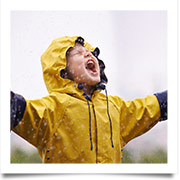 The EU Commission has approved that EN 14682:2014 should be adopted as a harmonised standard and will be published with the list of standards which are harmonised under the General Product Safety Directive. The Commission decision is effective from 24 August 2015.

EN 14682 covers all children’s clothing including disguise costumes and ski apparel up to 14 years of age. The standard does not apply to child use and child care articles, footwear, hats, gloves and scarves, to name but a few.