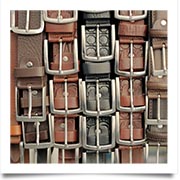 The European Chemical Agency (ECHA) has published details of the start of a consultation procedure on the lead restriction in REACH Annex XVII. It has called for comments on a proposed upcoming amendment of the restriction provisions of Entry 63 of Annex XVII on: Lead and its compounds in articles supplied to the general public that can be mouthed by children.

The proposed restriction would be under Entry 63 of Annex XVII of REACH and is worded as follows:

Articles shall not be placed on the market or used in articles supplied to the general public, if the concentration of lead (expressed as metal) in those articles or accessible parts thereof is equal to or greater than 0.05% by weight, and those articles or accessible parts thereof may, during normal or reasonably foreseeable conditions of use, be placed in the mouth by children.

That limit shall not apply where it can be demonstrated that the rate of lead release from such an article or any such accessible part of an article, whether coated or uncoated, does not exceed 0.05 μg/cm2 per hour (equivalent to 0.05 μg/g/h), and, for coated articles, that the coating is sufficient to ensure that this release rate is not exceeded for a period of at least two years of normal or reasonably foreseeable conditions of use of the article.

For purposes of this paragraph, it is considered that an article or accessible part of an article may be placed in the mouth by children if it is smaller than 5 centimetres in one dimension or has a detachable or protruding part of that size.

The restriction will impact a wide range of consumer goods as it will be mandatory that accessible components comply with the new requirements. The following have all been identified as articles which may be mouthed by children and therefore would fall within the scope of the proposed legislation: