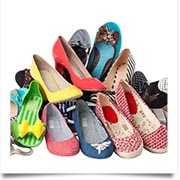 The technical report indicates which substances of very high concern (SVHC) may be present in footwear materials. It is intended to provide guidance to the footwear industry in order to help shoe manufacturers to collect mandatory information from suppliers regarding the content of these chemicals.

The substances that are indicated in the REACH Annex XIV list for authorization can only be used in the EU with permission from the European Chemicals Agency (ECHA).

There is a requirement for producers and importers of articles containing any of the substances included in the Candidate List to notify ECHA if both of the following conditions apply:

The technical report, PD CEN/TR 16417:2016, does not provide any guidance for the substances that have been already been included and are subject to restriction under Annex XVII of REACH.

The technical report also contains an Annex that provides guidance on available test methods for the identification of SVHCs given in REACH - Annex XIV.