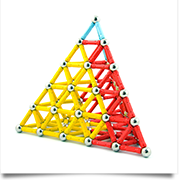 On November 4, 2017, Health Canada published proposed amendments to the Canadian Toys Regulations to address the magnetic toys and magnetic components of toys.

The proposed amendments formalize Health Canada’s guidance on strong magnets in toys and also align the Canadian Toys Regulations with US and EU requirements for magnets in toys.

Following is a summary of the proposed revisions:

It is proposed that the amended Toys Regulations would come into force six months after they are published in the Canada Gazette, Part II.

Public comment period for the proposal is open until January 18, 2018.