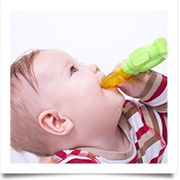 U.S. – CPSC Issues Final Rule to Modify and Expand the Ban on Phthalates in Toys and Child Care Articles

Culminating a more than eight-year process of review of the scientific literature regarding long-term health effects of human exposure to phthalates by a panel of scientists known as a Chronic Hazard Advisory Panel (CHAP), this Final Rule follows the CHAP’s recommendation to remove the federal limit of 1,000 parts-per-million (ppm), or 0.1% for two specific phthalates and adds four additional phthalates to those that may not exceed the 1,000 ppm level in covered children’s products. Specifically, the Final Rule:

Also note that the CPSC recently expanded its so-called “Determinations List” of materials in toys and child care articles that do not require third party testing (but must nevertheless remain compliant with the limits) as they do not typically contain phthalates, and has recently proposed to further expand that list to include manufactured woods. (See Intertek Insight bulletins Vol. 984 and Vol. 995).