Responding to these concerns, Intertek Lintec offers impartial and independent bunker quantity surveys (BQS) through our network of laboratories and offices, covering around 250 ports in over 100 countries.Bunker fuel measurement, sampling and testing are conducted to accepted industry standards and accreditations, including ISO 13739, SS600, TR48, ISO 17020 and ISO 17025. In addition, clients’ own procedures can also be followed when stipulated.

i) A quantity delivered calculation based on density and water testing

iii) Photographs as requested and when permitted

Other services available from Intertek Lintec include: -

iii) Bespoke training on both quantity and quality aspects of bunker fuel for technical, operational and other staff members. 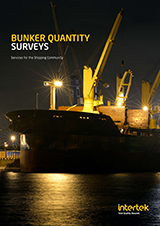 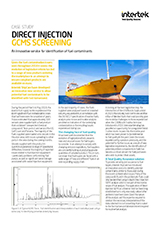 An innovative service for identification of fuel contaminants