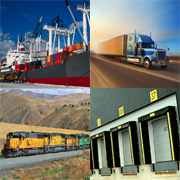 Intertek can help guide your new chemicals and new polymers through the NOMI/NOEQ process, using our extensive regulatory and technical expertise.

Under the Canadian New Substances Notification Regulations (NSNR) tiered notification system, a substance usually cannot be added to the Domestic Substances List until all four of the following criteria have been met:

Once a substance is added to the Domestic Substances List (DSL), no further notification by anyone importing or manufacturing the substance is required under the NSNR program , unless the DSL entry for that substance is specifically flagged with a Significant New Activity condition (SNAc), which is a requirement to submit a Significant New Activity notification (SNAn) containing certain prescribed information if an importer or manufacturer will be importing or manufacturing the substance for a purpose or use falling outside the prescribed boundaries for that particular substance.

Under the 2003 "Notice of Manufacture/Import" (NOMI) amendment to the NSNR, the government allows companies to replace the 4th DSL eligibility criteria (i.e., the NOEQ requirement described above) with an alternate option - one which allows companies to submit a "Notice" that is not tied to the actual amount of substance manufactured or imported. The NSN information requirements (see item 1 of the DSL eligibility criteria listed above) will continue to be driven by the amount of substance manufactured or imported.

There are many times when a notifier has submitted, and the government has reviewed and approved without restriction, the highest in the series of NSNs, but market demands are insufficient to trigger the need for the NOEQ-eligible quantity of substance. This industry-requested NOMI amendment is a welcome addition to the NSNR program since it allows more timely additions to the DSL, giving notifiers the option to abandon the onerous post-notification task of tracking annual and accumulated manufacture/import volumes until NOEQ-eligible quantities have been exceeded.

In the rare circumstance where a company files a NOMI, and the NOEQ-trigger quantity is exceeded by the notifier before the NOMI-induced DSL update is published, then the Canadian Environmental Protection Act still requires that an overlapping NOEQ be submitted within 30 calendar days after the NOEQ-triggered quantity is manufactured/imported.

Aside from this possibility of overlap in NOMI/NOEQ reporting requirements under the Canadian Environmental Protection Act (CEPA) and the NSNR, this NOMI amendment now allows notifiers to file either an NOMI or an NOEQ, depending on their interest to fast-track, or defer, DSL listing.