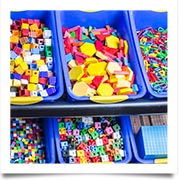 On December 17, 2014, the U.S. Consumer Product Safety Commission (CPSC) voted 3-2 to approve for publication and public comment a proposed new regulation that would lift the existing ban of some phthalates, while imposing a new ban on other phthalates in toys and child care articles. “Child care articles” are products, like teething rings and pacifiers, intended for children 3 years of age and younger that help with feeding, teething, sleeping or sucking.

Specifically, the proposed new rule would continue the “permanent ban” (limit of 1,000 parts-per-million [0.1%] in accessible plasticized components of such products) of DEHP, DBP and BBP; would lift the current “interim” ban on DIDP and DnOP but continue permanently the ban on DINP; and would impose a new ban on DIBP, DPENP, DHEXP and DCHP in excess of 1,000 ppm.  After the 75-day comment period and CPSC staff review of those comments, the CPSC is expected to issue a final rule, which may differ from the proposed rule.

The proposed rule stems from Section 108 of the Consumer Safety Improvement Act of 2008 (CPSIA), which directed the creation of a Chronic Hazard Advisory Panel (CHAP) of scientists and the issuance of a CPSC regulation in response to the CHAP’s report and recommendations. The proposed rule differs only slightly from the CHAP recommendations. The vote by the CPSC came after concerns raised by the two Republican commissioners that neither the CPSC staff nor the CHAP used the most recently available National Health and Nutrition Examination Survey (NHANES) data on phthalates exposure, consideration of which they assert may have changed the recommendations of both the CHAP and the CPSC staff to the CPSC.

If finalized, these new limits could go into effect in 2015, and would preempt California and any other differing state laws limiting phthalates in toys and child care articles. The proposed rule also comes only days before warning label provisions for exposure to DINP under California’s Proposition 65 becomes effective.