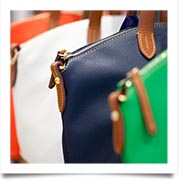 In an update to Intertek’s previously published Insight Vol. 727, the Danish Government has confirmed that legislation which was introduced to restrict four phthalates will be withdrawn. This removes the proposed restriction of the phthalates in a range of consumer goods.

The four phthalates (Bis (2-ethylhexyl) phthalate (DEHP), Benzyl butyl phthalate (BBP), Dibutyl phthalate (DBP) and Diisobutyl phthalate (DINP)) are regarded as endocrine disruptors, which are toxic to reproduction. The Danish Government cited this as the reason for the original restriction. These phthalates are chemicals that are widely used primarily as plasticizers in polyvinylchloride (PVC) products and other synthetic materials to make the polymers more soft and flexible.

Denmark originally published an order to restrict certain phthalates in a range of consumer goods in November 2011. The restriction on the four phthalates was further postponed in May 2013.

However, the decision by the Danish Government to introduce this legislation was challenged by the EU commission. There was the possibility of the case going to court based on the legislation being a barrier to trade within the EU. The final result is that Danish government has taken the decision to withdraw the legislation to restrict the four phthalates.