Starting with insulin development in the 1920s, therapeutic proteins have evolved quickly in modern medicine. Most of these biologics elicit a specific immune response, Anti-Drug Antibodies (ADA), that are clinically benign. However, some individuals can be adversely affected. For this reason, therapeutic protein products must undergo immunogenicity testing using assays that are highly selective and have the ability to detect high- and low-affinity antibodies.

The FDA requires a multi-tier immunogenicity domain specific binding assay approach in both preclinical and clinical testing in order to ensure these immunoassays capture the appropriate information based on the phase of testing. These ADA assays feature multiple analytes, assay controls, and affinity in the context of a heterogeneous immunoresponsive clinical population.  Draft guidance issued by the FDA in 2016 outlines how to establish immunogenicity testing. It builds on previous guidance from 2009, 2014 and 2015 and includes expanded expectations for confirmatory and titer assays.

The 2016 draft immunogenicity guidance and subsequent FDA feedback in 2017 and 2018 illustrate several themes in expectations for these assays:

In light of these themes, there are several things to consider for immunogenicity testing. First, clinical relevance is part of an integrated analysis that takes into account many factors that can possibly contribute to an increased incidence. Having well-developed assays that are phase appropriate and can stand on their own is critical. Second, surrogate controls are the closest representation of a sample; choose them correctly and develop them in conjunction to sample expectations. Third, remember that draft no longer means draft. Start incorporating draft recommendations into your SOPs and be prepared for audits at any time. Keep in mind that a little extra work may go a long way.  Finally, trend your assays. Make sure they are performing consistently.

George has a diverse technical background with more than 10 years focused on building immunoassays and associated GLP practices to support the development of large molecule therapeutics throughout the drug development process. Having worked across several industry CROs and leading biopharma organizations he joined Intertek in 2016 where he now leads the immunoassay laboratory and team. He regularly interacts with the Regulatory Authorities and works with clients to address their immunochemistry needs, identifying tactical and strategic approaches to help clients achieve their drug development goals. 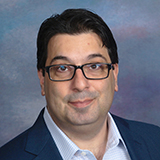